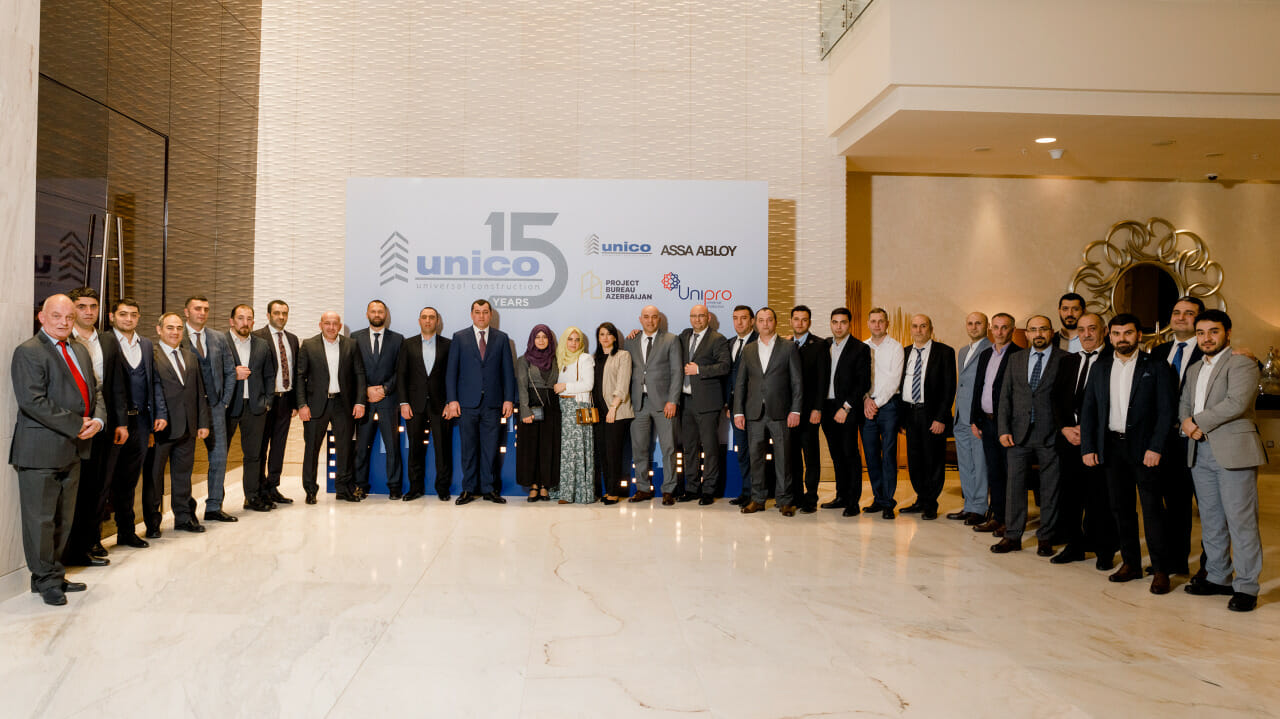 On April 1, 2022, an event dedicated to the 15th anniversary of “Unico” CJSC was held at the “JW Marriott Absheron Baku” Hotel.

Shafiddin Pirmatov, the founder of the company, greeted the guests in his opening speech and thanked them for being together on a special day for “Unico”. Then, Director Elchin Akhundov demonstrated a brief presentation about Unico’s 15-years activity.

At the event, employees of the ”Unico” family who distinguished themselves in their work were awarded in various nominations. The event continued with performances by Honored Artist of the Republic of Azerbaijan Sevda Alakbarzadeh and “Jangi Ethno-Jazz” group.

At the anniversary, the guests shared their feelings about the company and the event, thanked for the invitation and wished “Unico” success in its future steps.

At the end, the guests were shown a corporate video-presentation of the company and the event ended with the performance of the music group.

Brief history of “Unico”: 15 years milestone from 2007 to the present…

2009 – Internal completion works were carried out in the “Heydar Aliyev Center” project.

2013 – “Facade Group” department was established within the company by carrying out facade works in the “Baku Aquatic Center” project.

2016 – The project “Modern Education Complex named after Heydar Aliyev” was first project as a general contractor, and at the same time the production company “UniPro” was established.

2022 – “Assa Abloy” – Regional office acquisition.
During its 15 years of activity, “Unico” has completed 42 projects, 10 of them which were implemented as general contractor and 32 of them as subcontractor.

The company currently has 6 ongoing projects, 3 of them which are ongoing as general contractor and 3 of them as subcontractor.

From the list of Unico’s projects, it would be appropriate to mention the following projects of state and international importance.

“Unico” is proud to participate in such state and international projects and to contribute to the country’s infrastructure. Stepping together for 15 years: Thanks to the “Unico” family, customers and partner companies!

A video from the event, dedicated to the 15th anniversary of Unico, will be published in our next posts.
Wishing “Unico” to live for years and centuries!